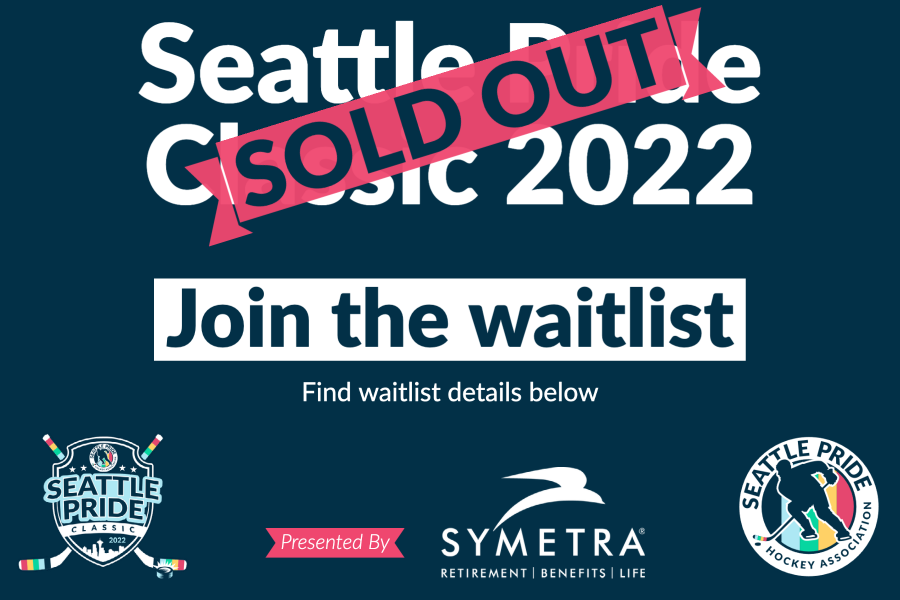 Sign up to receive tournament updates, and other events we host!

Updates on the Seattle Pride Classic 2022:

Updated 3/21/22 by SPHA: Thank you to all our registered participants and partners for helping us sellout this event, we can’t wait to see you in June! Still want to play in the Seattle Pride Classic 2022? We are currently exploring how to expand the tournament to allow more players to participate. Join the waitlist now (free) to express your intent to play – if we are able to expand the size of the tournament, you’ll be notified via email and/or a phone call.

Seattle Pride Classic 2022 will be hosted at the Kraken Community Iceplex.

Games will be played on Starbucks Rink & Smartsheet Rink. Free parking is available on-site, and the Iceplex is easily accessible via the light rail (Northgate Station on Sound Transit’s 1 Line).

Seattle Pride Classic 2022 will include (at minimum) eight teams, split into two conferences (not divisions) including (up to) 13 skaters & 1 goaltender, per team. 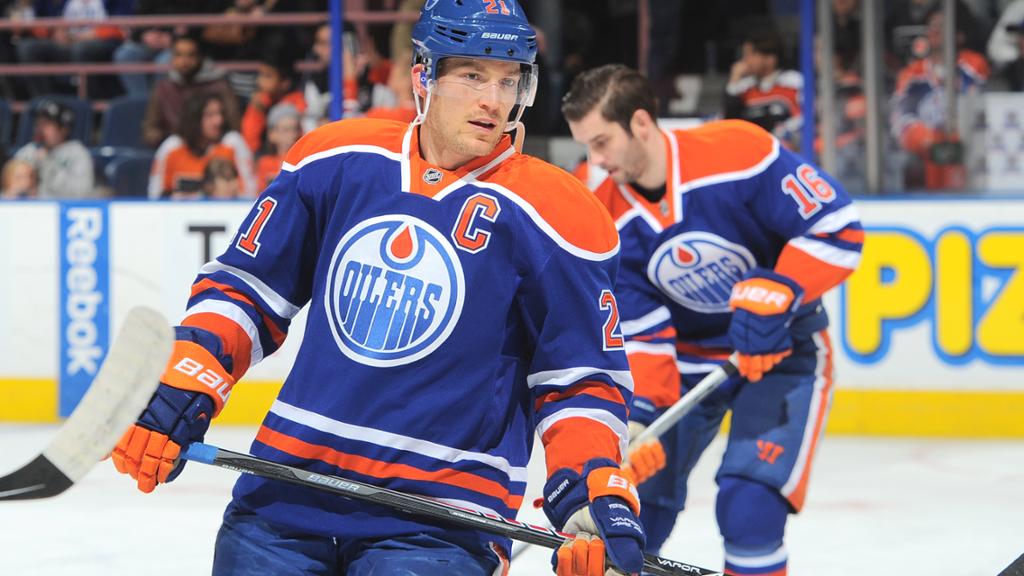 Andrew Ference is a Canadian former professional ice hockey defenseman. Ference started in the NHL during the 1999–00 season and played for the Pittsburgh Penguins, Calgary Flames, Boston Bruins and the Edmonton Oilers. In 2011, Ference helped the Bruins to their sixth Stanley Cup championship.

Andrew has long been a supporter of social change initiatives to help the environment, and he is also a big supporter of promoting equality and inclusion in the sports. It comes as no surprise then that Ference became involved in a Kickstarter campaign for Pride Tape, a pro-quality hockey stick tape in rainbow colors which aims to show support for LGBTQ+ athletes.

Seattle Pride Hockey Association, in coordination with Kraken Community Iceplex, will host a welcome party for all event attendees / volunteers. This is a great opportunity to meet other players, and start the weekend of fun!

ALL STARS OF PRIDE GAME

We’re incredibly excited to introduce the first ever All Stars of Pride game!

This marquee event will celebrate players who exemplify inclusivity, leadership and pride over the course of the tournament. Players will be nominated on by their tournament peers.

We will have DJ Lucky Strike & Seattle Kraken’s very own, Cide, spinning tunes all weekend!

We’ll be partnering with Courtyard by Marriott Seattle Northgate. Our room rate will be $129 + fees/taxes.

We are a self-run, all volunteer organization, and are always looking for event volunteers to help out. Click the button to learn more! 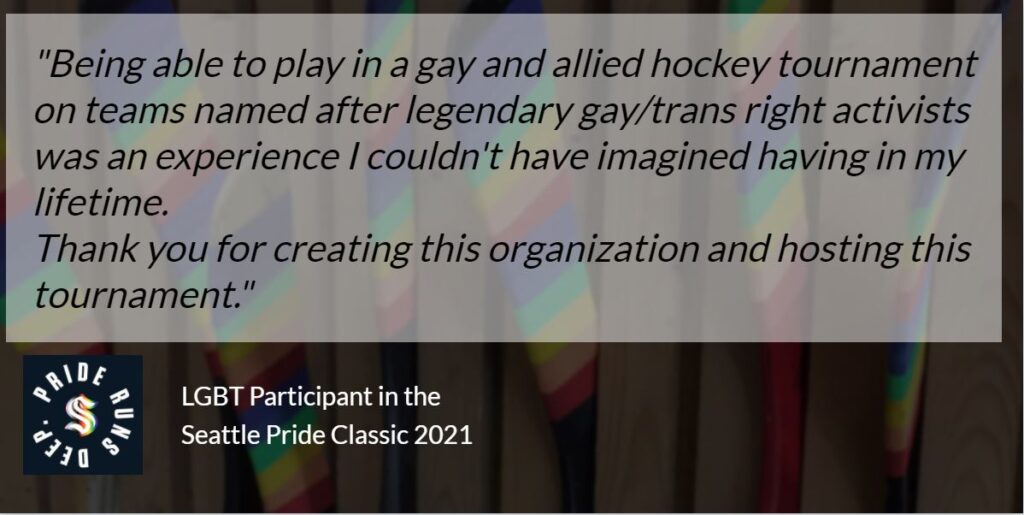